The Kuari Pass trek is a fun mix of scenery and adventure. Kuari pass trek begins from Chamoli district in the Garhwal Himalayas, followed by a challenging trek through deep snowy terrains, rocks and steep slopes, to reach its peak.

The peak oversees forests, never-ending meadows and merging of several Himalayan rivers. Along with a rare sight of footprints of the Himalayan Bear or the Leopard. The climb to The Kuari Pass, at 3900 m is all the excitement you will need! For those who do not wish to participate in the Pangarchula peak of Kuari pass trek.

The trek is also called as “Lord Curzon” trek, as the trek was discovered by him. He was Viceroy of India. And He discovered this Kuari pass trek in 1905. He had the hobby of exploring nature and new places. that’s why he discovered the place and started his Journey from Ramni Village which lies on another side of Pass. His trail was all the way through Gorson Bugyal where you will find a lot of Golden Shrubs. People say that there is no end of Golden Shrubs at this place. so we entitled the trek as ” Golden Trail ”

There is a history behind naming this trek as Kuari pass trek which is like, This place is of God and Goddess. so,  Goddess Parvati used to meditate at this place before she got married to Lord Shiva. Neelkanth, Lord Shiva is accepted as true to reside at this Place. This place is located exactly in front of the Kuari pass trek. Goddess Parvati did determination and austerity with that Lord Shiva got Impressed and took her away to marry her. At that time Goddess Parvati was young and bachelor when this happened, hence, it is called Kuari (meaning bachelor in the English language). so at present time, this is called Kuari Pass trek.

The trekkers who have already been to this Kuari Pass Trek can go for  Brahmatal Trek which is based in Uttarakhand and the starting point of the Brahmatal Trek is beautiful kathgodham village.

Trekkers need to Meet at Haridwar Railway station at 7:00 am. then we will drive along to Joshimath, It is quite interesting that we are passing through the holy towns of Devprayag and Rudraprayag, with Ganga and Alaknanda rivers flowing at our side. The route is around 300kms long and it will take almost 8 to 9 hours to reach Joshimath. Overnight stay in a lodge at Joshimath.

After having Early breakfast and a short drive later, will reach the starting point of our Kuari pass trek. From here, we will start walking through the lush green areas and hiking to Gulling, cutting through the Auli meadows which are ideal for skiing. On our way through the forests, we will glimpse the Nanda Devi peak among other mountains, before we reach the sprawling prairies of Gurson.

We will take approximately 5-6 hours and the trail is around 6-7 km long for this day. Next, we will climb down through Oak, Chestnut, Deodar and Maple trees to arrive at our campsite at Gulling. Overnight stay in tents.

After breakfast, we will start our trek to reach Khullara, which will take around 4 – 5 hours and it is approximately 6 -7 km long for the day. ascending the pastures full of grazing sheep. we will reach Khullara. Here, you are treated with marvellous views of the Chaukhamba, Kedarnath, Neelkanth, Dronagiri, Haathi-Ghodi, etc. Overnight stay in tents..

With a 5:00 am breakfast, we start our day’s trek on the ascending slopes of a challenging rocky terrain which will take us to the Kuari Pass. Walking through deep snowy routes, the dawn will greet us with the warmth of mesmerizing views, and the walikng trail will take around 7-8 hour for the day and the trek is around 7-8 km long, including the Nanda Devi and Trishul peaks. After taking in the magical surroundings, we will resume our walk down to the camp where we will unwind and celebrate. If you arrive early at the base camp, you can even trek down to the Tali Top camp. Overnight stay in tents.

Post breakfast, we will trek towards the road linking Joshimath to Niti-Malari valley continuing to hike all the way to Dhak through cute little villages and dense thickets. We can stop at the villages of Tugasi and Kharsi to soak in the local and indigenous culture. From Dhak, we will drive to Joshimath. A warm meal and a hot shower later, we will stay overnight in the lodge at Joshimath.

We will depart from Joshimath to Haridwar and say goodbye to your Kuari pass trek. Pack-up your bags early at 7.00 am in the morning and take back some beautiful memorable moments and adventurous memories home with you.

capture the moment that captivates you

pack your bag for great adventure

Who questions much, Shall learn much.

A. Kuari pass trek starts from Haridwar, Haridwar is around 250km from Delhi by road. So many trains are well connected to Haridwar and as well Dehradun, which is 50km away. The nearest airport is Jolly Grand Airport.

Q. Which transport you provide from Haridwar to Joshimath & Return?
Q. What will be the daytime and night temperature?
Q. Are trekking shoes mandatory?
Q. Are there any provisions for taking bath?
Q. What is the size of the trekking group?
Q. How many guides are there in one group?
Q. Is accommodation for men and women separate?
Q. What kind of food you provide during the trek?
Q. Do I need to carry any documents with me?
Q. Do you provide toilet tents?
Q. Can we expect rains/snowfall during the trek?
Q. Is there any mobile network connectivity?
Q. Where can we get Electricity? 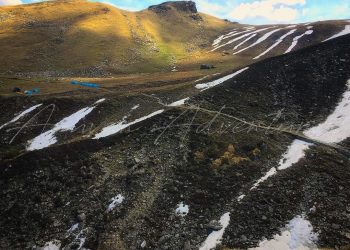 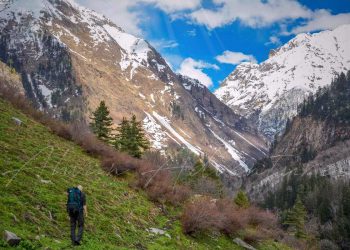 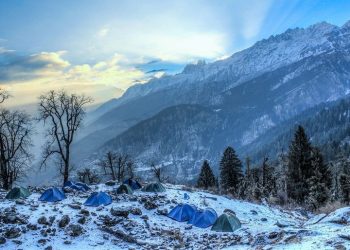 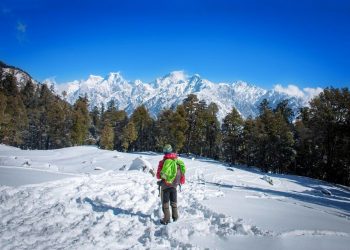